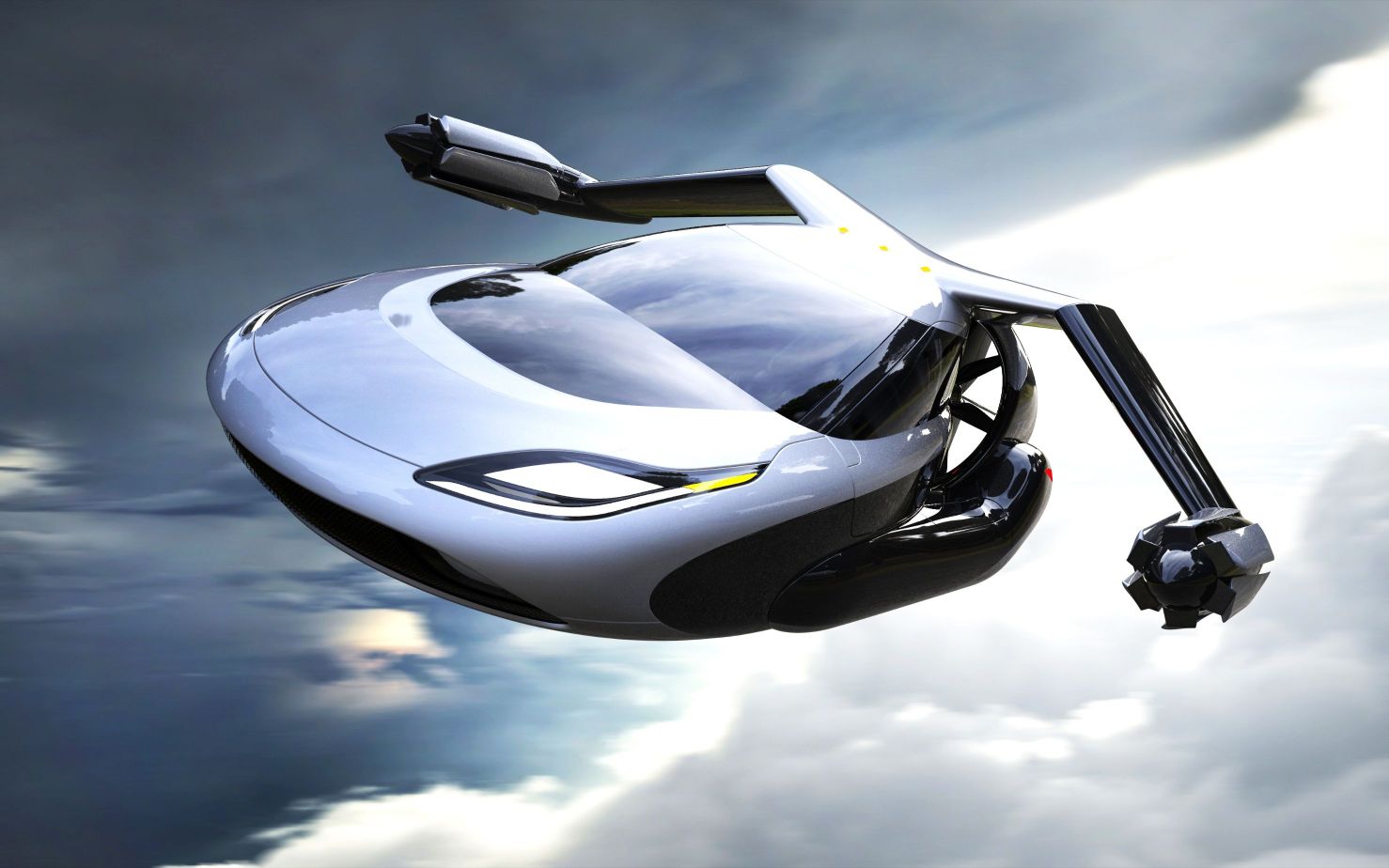 So, what is a flying car?

Flying Cars are a class of Roadable aircraft and hovercrafts, which are allowed to drive on roads as well as to fly in the air. They are a combination of Aircraft Mechanisms(Rotors, Turboprops, Turbojets) and streamlined vehicles.

Glen Curtiss, the counterpart of Wright Brothers is called Father of Flying cars for, in 1917, Glenn Curtiss first attempted to make a flying car, which eventually failed.

In the year 1940, Henry Ford once predicted, “Mark my word: a combination airplane and motorcar is coming. You may smile, but it will come.”

In 1956, the Flying cars drew US military’s attention and  Chrysler, Curtiss-Wright, and Piasecki was assigned contracts for building and delivery of Flying Jeep prototypes. Even when the prototypes were later rejected as they were abortive, this pioneered the Transport industry. Later on, in the mid-1980s, Fred Barker developed a prototype named, “Sky Commuter” which was a 14 foot long, with a 2 passengers accommodation, small duct-fan based VTOL aircraft.

How does it work?

As explained earlier, different aircraft mechanisms are connected to a vehicle so that it may fly. The vehicle generally has streamlined design, is lightweight and is strictly based on the laws of aerodynamics.

2.Rotor-Blades: The Rotor Blades are used to make the aircraft fly.The rotors create a vertical thrust which creates a difference in air pressures on the rotor blades which helps the flying car to fly. They may be considered as a large-scale version of Drones.

3. VTOL: VTOLs or Vertical Take-off and Landing Aircraft mechanism are used to ameliorate the flying of Flying Cars. This mechanism uses a combination of Rotor Blades for Take-off and for flying to higher heights and Wings for flying.

There are more than 80 patented prototypes of flying cars.

Some of them are briefed below:

1. Curtiss Autoplane: In 1917, Glenn Curtiss, father of Flying Cars first developed Curtiss Aeroplane. It was an aluminum Autoplane with three wings with a wingspan of 12.2 m. The car’s motor drove a four-bladed propeller at the rear of the car. This prototype never flew beside taking some hops.

2. Arrowbile: It was developed by Waldo Waterman in 1937, the Arrowbile was a hybrid Studebaker-aircraft. It had a propeller attached to the rear of the vehicle and was powered by a100 HP Studebaker engine. The wings may be detached for storage.

3. Airphibian: Airphibian was developed by Robert Fulton in 1946. In this design, a plane was adapted to run on roads for the first time. All the aircraft mechanisms were detachable and the car may be converted back into the airplane version in just 5 minutes. It was the first car to be certified by CAA.It was powered by a 150 HP, six-cylinder engine and could fly at tantivy 120 miles per hour.

4. ConvAirCar: It was developed by Consolidated-Vultee in the 1940s. It was a two-door sedan with a detachable airplane unit. It offered one hour of flight and had a gas mileage of 72 kilometers per gallon.

5. Avrocar: It was the first flying car designed for military use and was developed in a joint effort between Canadian and British military. Its main objective was to function as a transport vehicle for the military soldiers.

6. Aerocar: Moulton “Molt” Taylor created the Aerocar. It was designed to drive, fly and then drive again without any interruption. It had a 3-meter drive shaft connecting the engine to a pusher propeller and flew at a speed of193 kph in the air and was covered in Shell glass fibre.

It is a flying car concept to help military and rescue needs.It is designed by Rafi Yoeli of Israel. The design has been officially patented as ‘Fancraft’. The design consists of VTOL enabled vehicle with no exposed rotors. The vehicle may be maneuvered like a helicopter. It operates tantivy at 249 km/h and can reach an acme altitude of 3700 m and has an endurance limit of 2 hrs flight time.

8. AeroMobil: The prototype is developed by a Slokovian Company. The vehicle can accommodate 2 passengers. IT has a length of19 ft and wingspan of nearly 57 ft .The ‘power plant’ that helps in the take-off includes a 1× Rotax 912 four cylinder horizontally-opposed liquid and air-cooled piston aircraft engine with a power of 75 kW (100 hp).It may reach maximum speed of 200 km/h and the average speed is 60km/h. Range of the car is 700 km and flight fuel consumption of about 15l.

9. SkyRider X2R: It is designed by MACRO Industries in Huntsville.   SkyRider is a VTOL 2-seat sports car with the mobility of a helicopter or airplane it can fit in most two-car garages. The navigation system is controlled almost entirely by GPS satellites and cellular services.

10.Skycar M400: It is a VTOL and can reach speeds of 400 mph and runs at 350 mph and it has a range of 900 miles. Gasoline, diesel, alcohol, kerosene and propane can be used to fuel the Skycar, and its fuel mileage is 20 miles per gallon. The initial cost of a Skycar is about $1 million.

It is powered by eight rotary engines that are housed inside four metal housings, called nacelles, on the side of the vehicle. There are two engines in each nacelle so that if one of the engines in one of the nacelle fails, the other engine can sustain flight. The engines lift the craft with 720 HP, and then thrust the craft forward.

To make the Skycar safe and available to the general public, it is completely controlled by Global Positioning System (GPS) satellites. In case of an accident, the vehicle will release a parachute and airbags to cushion the impact of the crash.

1. Cost: Experts do acquiesce that flying cars have relatively high costs. A Terrafugia TF-X has a cost of $300,000 compared to a simple car costing $30,000. Also, as they will face turbulence effects and various other harmful effects in the air they will need regular maintenance which is not possible. This extra maintenance will increase the running costs of Flying Cars reaching its acme point.

2. Functioning: Due to the high level of maintenance of Flying cars, their functioning still faces a big question mark. If operated by common individuals they will never perform in a better way. In a case of breakdown, the car will fall 1000 feet in just 8 s. This may increase the reports of accidents.

3. Driving: They are hard to drive in bad weather and they require special training to cruise them. It will also increase the Air Traffic and may harm the Aerial life.

1. Traffic Problem: Flying cars will resolve the problem up to a major extent. This new concept will abate the traffic problems as the traffic will be distributed among the conventional road transport and cutting-edge Flying cars technology.

2.  Pollution:  As flying cars have fewer fuel requirements, this will reduce the pollution caused by the conventional transport vehicles.

3. The flying cars will reduce the travelling time to transport from one place to another as they are adroit and encounter less traffic. 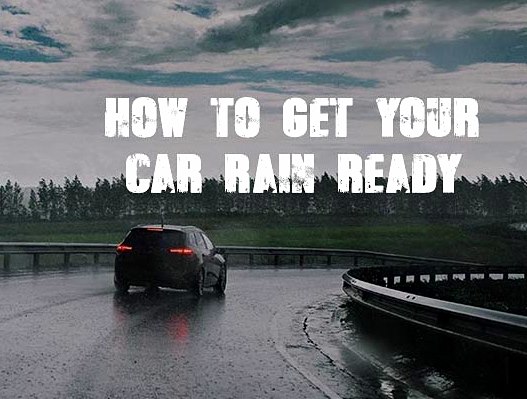 Top 10 things to Keep your Car Ready for Rains

The rainy season has just arrived. So before rain hits the road we are here to hit the floor with the... 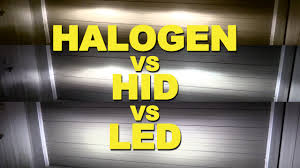 Car headlights have always been an eminent part of cars but were often ignored because of two reasons. Firstly, people didn’t... 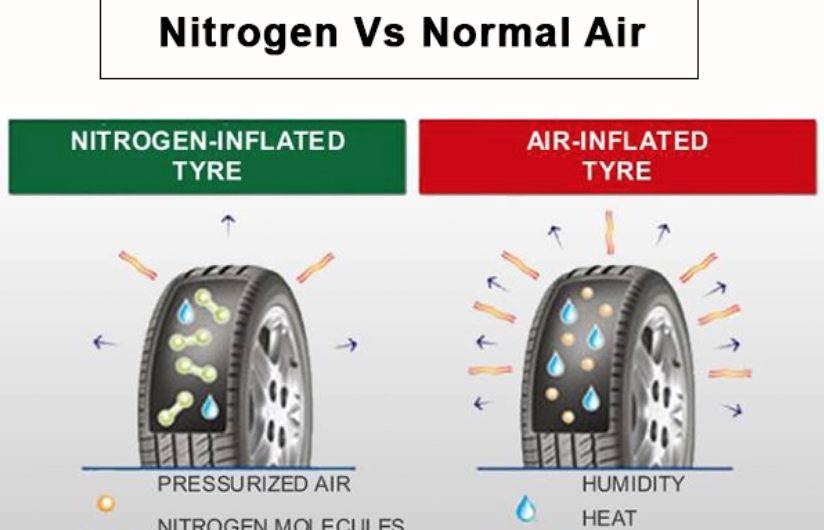 Nitrogen or Air in the tires? Let’s Burst the myth and check the reality.

Nitrogen or Air in the tires? Let's Burst the myth and check the reality. Many of us have been through this...